1) Explain the principle of X-ray in radiology?
X-rays are the type of radiation with a specific wavelength. When it passes through human body, different tissues absorb this radiation differently, depending upon the tissues density. Moreover, based on the body tissue and bone density, it will create an image on the film.

4) What type of image will it produce when using the bisecting angle technique, directing the x-ray beam perpendicular to the long axis of the teeth?
It will produce an elongation of tooth images 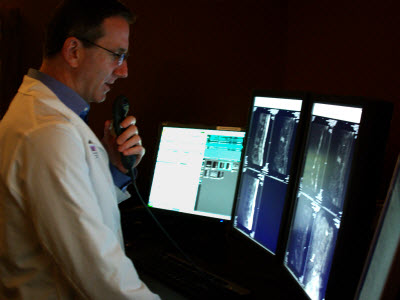 6) In U.S.A, who regulates the devices used for radiation and monitor its usage?
In U.S.A, The Food and Drug Administration (FDA) monitors the manufacture and sale of the devices. While, State Health Department keeps the watch on the use and release of radioactive materials along with manufacture and sale. NRC (Nuclear Regulatory Commission) and DOE (Department of Energy) will monitor how people work with various devices and radioactive materials.

10) Explain what is emulsion?
Emulsion is the most important component of x-ray film, it is made up of silver halide crystals suspended in gelatin. The x-rays from the intensifying screens interact with emulsion and transform information to the film.

13) List out the differences between X-rays and MRI?
X-Ray MRI

15) Explain how X-ray tube works?
X-ray tubes are energy converter; it receives the electrical energy and converts into two other forms X-radiation and heat. The electrons are converted to protons information of X-radiation, while the heat emitted is considered an undesirable product.

22) Any leaks of white lights into the darkroom may cause?
White light leaks into a darkroom it may cause overdeveloped films