1) Explain what is the role of SAS epidemiologist?
SAS stands for Statistical Analysis System; it is an integrated system of software products that manages large data sets, and it is used in many ways. In the field of epidemiology, it is used for data mining, data retrieval and statistical analysis.

2) Explain what are the regular duties that epidemiologist have to do?
Regular duties of an epidemiologist includes
• Participating in research seminars, interpreting results and analyzing data related to the disease
• Preparing technical reports, scientific articles and writing activities related to the research
• Interacting with media and give information about the epidemic disease to the public
• Organizing lectures on disease for various organization
• Use appropriate statistical methods to evaluate and interpret data
• Consulting health care professionals, community organization and other public health institution and informing them about specific disease or conditions

3) When any disease is referred as epidemic?
Any disease can be declared epidemic, when large number of susceptible people are exposed to the infectious agents.

4) Explain what an explosive epidemic is and the person to person spread?
• Explosive epidemic: It is characterized by the occurrence of many cases in relatively short period. The infection usually occurs when food or water becomes contaminated by the bacteria or virus, although other vehicles are also responsible for the infection
• Person to person: It takes a longer period to infect compare to Explosive epidemic. An infective agent will take different routes to infect the person like respiratory or gastrointestinal.

5) Explain what is the difference between endemic, epidemic and pandemic?
• Endemic: When a disease persists in specific geographical region and to certain population for a definite period and at consistent level is referred as endemic. Malaria is an endemic disease in Africa or South America.
• Epidemic: When a disease infect higher number of individuals or community without any bar for geographical condition or location, it is referred as epidemic. For example, 1000000 people affected by malaria in Africa is considered endemic, but if same amount of people is infected in Switzerland & USA as well then, it will be considered as epidemic.
• Pandemic: Any disease that spreads worldwide in a short period is referred as pandemic. Spanish Flu is one such example. 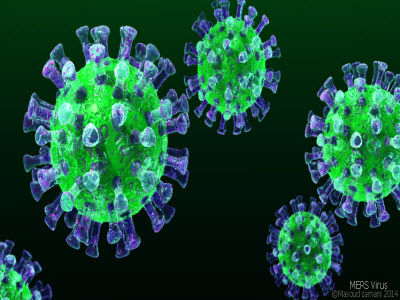 6) What is the subject knowledge required to become an epidemiologist?
An epidemiologist needs a bit of everything; he should have knowledge of various subjects like
• Complete Math’s: Algebra, arithmetic, calculus, statistics, geometry
• English language: Rules of composition and grammar
• Biology: Tissues, cells, functions, plant and animal organisms
• Electronic: Chips, electronic equipment, circuit boards, processors
• Computer: Computer and hardware, Software applications and programming

7) What is the approach that epidemiologist takes to prevent the disease?
To prevent the disease to spread further epidemiologist will take three steps
• Primary Prevention: It is a measure to stop the disease from becoming viral by bringing general awareness among the people by various health programs. It includes public health education about nutrition, immunization by vaccines, chlorination and filtration of public water supplies, etc.
• Secondary Prevention: This approach is taken to reduce the impact of the disease by screening the disease and start the treatment before it firmly established. Like using tomography to see any calcium accumulation in heart, using mammography to detect breast cancer, occult blood test for colorectal cancer, etc.
• Tertiary Prevention: This approach involves both therapeutic and rehabilitative measures like treating diabetes to prevent the onset of other diseases or ongoing management of chronic heart disease patient with medication, exercise and diet.

8) Explain what are the measures can be taken to control communicable disease?
• Prevention: Educating the people about the disease and raising community awareness, like personal hygiene, using bed nets, reporting suspected cases
• Treatment Centers: To restrict the spread of disease by infected persons, keep them in a separate area where no other person is allowed, disposing of excreta or human waste, etc. Disinfectant can be used to limit the growth of infection
• Sanitation and Hygiene: Each infected person should have accessibility to disinfectants and ensure that he/she follows all the steps for health and hygiene
• Vector Control: Keep the infected area away from any host vector like mice, sheep or other pet animal’s
• Handling of dead bodies: Dead bodies not buried or cremated properly can increase the potential risk of the disease. In massive outbreaks of the disease, dead bodies must be handled with due care and should be disposed of in a controlled environment
• Medical, food and water supplies: A hygienic water, food and medical supplies like antibiotics plays a crucial role is controlling communicable diseases.

9) Explain what is meant by incubation period?
Incubation period is also referred as a latent period, which means it is the time elapsed between exposure to a pathogenic organism or chemical, and when the signs of the disease are first appeared. The period can be as long as 30 years or as short as a minute depending on the type of infection.

10) Explain what is reservoir?
Reservoir is used to refer the habitat of an infectious agent where it thrives, grows and multiplies. The reservoirs can be human reservoir, animal reservoir and environmental reservoirs.

11) What are the techniques used to investigate the occurrence of disease?
Three techniques are used to investigate the occurrence of disease
• Descriptive epidemiology: The descriptive epidemiology describes the occurrence of the disease based on the data, collated by place, time and person.
• Analytical epidemiology: Analytical epidemiology is again classified in two, first is Case Control method. In this method the cause behind the disease is identified by comparing two different groups, one infected with the disease while another group is of uninfected. The other method is Cohort method, which is more like an experimental method, where the two groups, one infected by the causal factor while another which is not are observed and analyzed.
• Experimental epidemiology: In this method, an experimental model is prepared in which one or more selected factors are manipulated. For example, from the group of infected people, few people are administered with the drugs. The result of the people with drugs and without drugs are analyzed to see the clinical difference in them.

12) Explain what is morbidity rate?
Morbidity rate is referred to the number of existing or new cases of a particular disease or conditions per 1000 people.

13) Explain what are the core process used in the field of epidemiology?
• Surveillance
• Screening
• Outbreak Investigation
• Assessing causation